British Columbia – Since the inception of the Forest Enhancement Society of BC (FESBC), the Society has partnered with the Habitat Conservation Trust Foundation (HCTF) to achieve its goal to improve forest wildlife habitat. To date, a total of 105 projects have been co-funded throughout the province.

Today, FESBC, in collaboration with HCTF has released an Accomplishments Update, highlighting nine of the 105 co-funded projects focused on maintaining and enhancing important wildlife and their habitats.

“HCTF and FESBC have worked together with others to enhance wildlife habitats for many, many species across British Columbia and we know that the best enhancement projects are those inspired at the grassroots level,” said Dan Buffett, CEO of HCTF. “Local people and communities are experts in delivering projects, as they know their local wildlife, ecology, landscapes, organizations, and circumstances. That’s why we can rely on them to reflect the priorities of communities while supporting the projects that are important.”

The nine projects highlighted in the Accomplishments Update include increasing Fisher habitat stewardship in the forest sector, invasive plant management on the winter ranges for Bighorn Sheep to increase the quality of grasslands, restoring whitebark pine ecosystems damaged by wildfire to improve habitat for bears, and more.

Minister of Forests Katrine Conroy, acknowledged the good work coming out of the FESBC and HCTF partnership and pointed out why this collaboration is crucial.

“The Forest Enhancement Society of BC and the Habitat Conservation Trust Foundation’s partnership delivers on-the-ground projects improving wildlife stewardship and habitat conservation throughout the province. Through increased collaboration, their work is aligned fully with our Together for Wildlife strategy turning data and knowledge into action and results,” noted the Minister. “Partnerships like this are putting us on our path forward to achieve better outcomes for wildlife.”

As of March 2022, FESBC and HCTF together have doubled the funding to over $8 million toward 105 projects.

Steve Kozuki, executive director of FESBC, is pleased with the collaboration.

“Right from the beginning, we knew that partnering with HCTF was the way to go if we wanted to achieve our goals for wildlife habitat enhancement, and FESBC is proud of this partnership. The many past, present, and future projects like these will help ensure that wildlife in British Columbia will flourish for generations to come,” said Kozuki.

The funding for these co-funded projects comes from the Province of British Columbia and from conservation surcharges on hunting, fishing, and other licenses, court fines from wildlife violations, and public donations.

Minister of Environment & Climate Change Strategy, George Heyman highlighted the importance of the partnership and why the investment in the work done by FESBC and HCTF is important.

“British Columbians are increasingly feeling the impacts of the climate crisis. It’s why we’re taking steps to reduce our greenhouse gas emissions and restore sensitive wildlife habitat in forests across B.C. By working together with our Indigenous partners and organizations like the Forest Enhancement Society of BC and Habitat Conservation Trust Foundation, we’re investing in solutions that will protect and enhance our forests for a more secure future,” said Heyman.

About FESBC: the purposes of FESBC are to advance environmental and resource stewardship of B.C.’s forests by: preventing and mitigating the impact of wildfires; improving damaged or low-value forests; improving habitat for wildlife; supporting the use of fibre from damaged and low-value forests; and treating forests to improve the management of greenhouse gases. As of March 2022, FESBC has supported 263 projects valued at $238 million, in partnership with the governments of B.C. and Canada. FESBC would like to gratefully acknowledge the financial support of the Province of British Columbia through the Ministry of Forests.

About HCTF: HCTF is a non-profit charitable foundation investing in the future of British Columbia’s fish, wildlife, and their habitats. HCTF came into existence because its major contributors—hunters, anglers, trappers, and guide-outfitters—were willing to pay a license surcharge for conservation work, going above and beyond what was expected by the government for basic management of wildlife and fish resources. 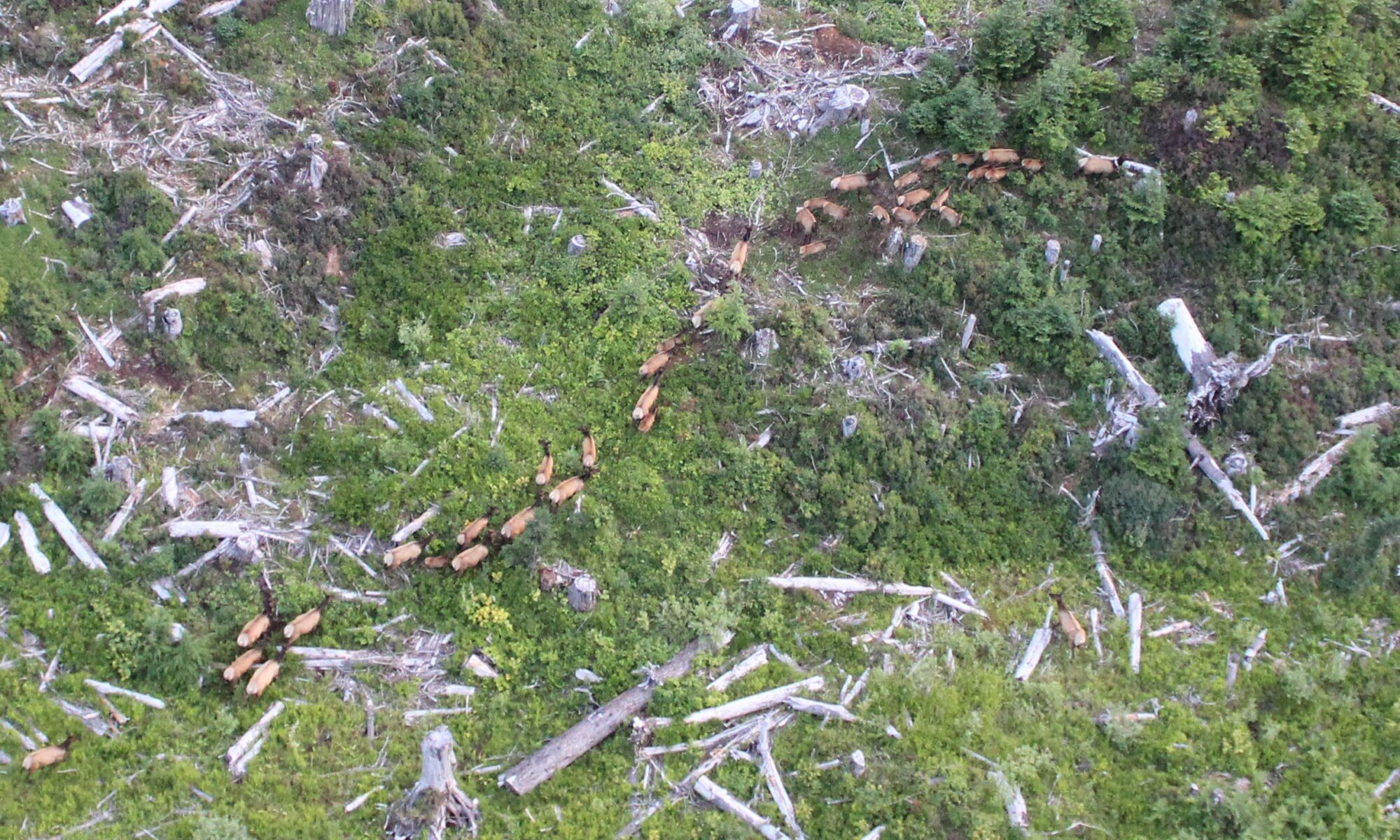 Victoria, BC: For 40 years, the Habitat Conservation Trust Foundation (HCTF) has helped fund conservation groups, government, Indigenous Nations, and local communities to implement projects that protect B.C.’s wildlife, freshwater fish, and the habitats they need to survive and thrive. This year, HCTF awarded $9.3 million in funding for 175 individual conservation projects throughout British Columbia.

HCTF’s CEO Dan Buffett is pleased to report that the 2021/22 grant season represents the Foundation’s highest record annual investment and reflects the financial contributions and hard work of many British Columbians that fund and implement these projects. To date, HCTF has funded 3,230 conservation projects and granted over $195 million in funds across the length and breadth of this ecologically diverse province.

One such project led by the Ministry of Forests, Lands, Natural Resource Operations and Rural Development, is a Seasonal Habitat Study for the Management and Restoration of Roosevelt Elk. The project, which received $113,700 in funding from HCTF and the Forest Enhancement Society of BC (FESBC) will track Roosevelt elk in the Campbell River Natural Resource District on Vancouver Island.

The Roosevelt elk is endemic to coastal regions of the Pacific Northwest and is on the province’s species at risk blue-list. As one of the largest herbivores and prey species on the coast, Roosevelt elk play an important role in Vancouver Island ecosystems and are a traditional food source for coastal First Nations.

Working with students from the University of British Columbia, the study seeks to investigate which seasonal habitat types Roosevelt elk prefer throughout the year and the availability of those habitats to support elk population. The project will attach GPS tracking collars to the elk which will track and produce data about the movements of elk through various habitat types seasonally. This data will then be used to model habitat supply and inform the province’s Roosevelt elk management plan.

“Roosevelt elk are an important component of the West Coast ecosystem and a top management priority in B.C. Understanding the quality, quantity, and distribution of habitats across all seasons is fundamental for informing our habitat and population management objectives and meeting key recommendations in the management plan for this blue-listed species,” said Carl Morrison, Ecosystems Biologist and project lead. “Support from HCTF and FESBC is allowing us to update the science behind our habitat supply models to inform management decisions and risk assessments, like monitoring the effectiveness of Ungulate Winter Ranges to support our population objectives.”

Other HCTF-funded projects taking place on Vancouver Island include:

$38,000 for the ecological restoration of Vancouver Island estuaries including those around the Nanaimo River, in partnership with the Snuneymuxw First Nation.

Funding and support for these projects and others across the province come from a wide variety of sources including public groups such as the British Columbia Wildlife Federation (BCWF), partner organizations like FESBC, provincial government contributions, court fines, and endowments. A significant source of funding comes from the conservation surcharge paid by B.C.’s anglers, hunters, trappers, and guide outfitters.

“Over 40 years ago, a group of concerned hunters and anglers, lobbied for a surcharge on hunting and fishing licenses to fund wildlife and fish habitat improvement projects throughout the province,” said BCWF president Chuck Zuckerman. “The result of this impassioned call from B.C.’s hunters, anglers, trappers and sport shooters formed a new fund in 1981 that subsequently evolved into the Habitat Conservation Trust Foundation.”

Steve Kozuki, executive director of FESBC, has been pleased to be a partner with HCTF.

“We are proud to partner with HCTF and local experts on the ground throughout British Columbia to improve wildlife habitat,” said Kozuki. “HCTF combines wildlife biology expertise with their excellent management of funds to deliver outstanding benefits for wildlife. With all the pressures on the land base, the good work HCTF does is more important than ever.”

Each project funded by HCTF goes through a multi-level, objective and technical review process prior to final Board review and decision. HCTF’s Board of Directors ensure that species important to B.C. anglers and hunters are supported but also place a great deal of importance on conserving whole ecosystems, species-at-risk, and investing in environmental education across the province.

To see the complete list of HCTF funded projects or explore the conservation work being done near you, view the 2021-22 Approved Project List.