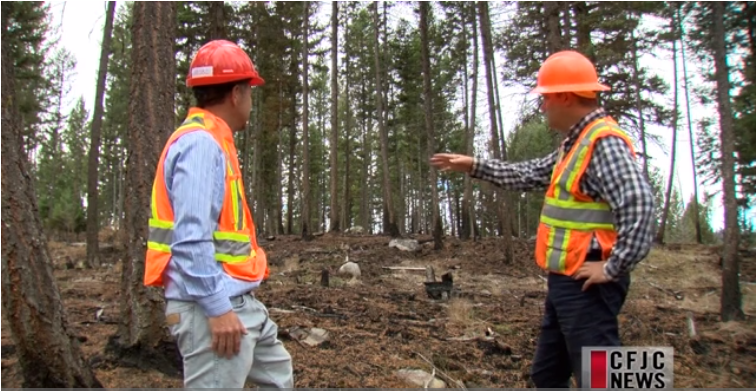 CFJC News is highlighting how the work that Logan Lake did to become FireSmart helped the town survive a catastrophic wildfire. FESBC has funded several projects in and around Logan Lake and Steve Kozuki, FESBC Executive Director, was on hand to talk about the role of fibre utilization.

“It’s been well-documented this summer how FireSmart initiatives in Logan Lake helped save the community from the raging Tremont Creek wildfire. Logan Lake was Canada’s first FireSmart community in 2013. However, such efforts have been going on since 2003…

‘When the communities do these treatments and it results in woody fibre, biomass, we like to see projects where that biomass is used to create green energy for British Columbians or even exporting around the world in the form of pellets, or in the case of electricity it can be sold to Alberta and other provinces,’ said Steve Kozuki from the Forest Enhancement Society of BC.”

The full story and video can be found on the CFJC website, here: Logan Lake hoping to step up fire mitigation efforts with funding from Forest Enhancement Society of BC | CFJC Today Kamloops